User roles are set by Curators (Gallery admins) in the Gallery Admin interface. User roles determine the user's level of access to Gallery users and assets.

Gallery users can have one of the following roles.

In addition to user roles, there are several user permissions that you can set to control what users can do in the Gallery. 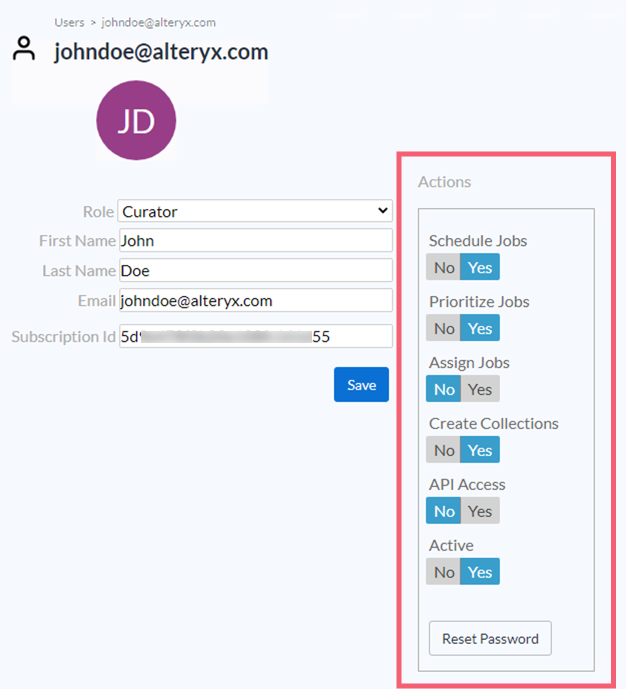 Note, the default role is displayed as Evaluated in some places like the in the group Details.