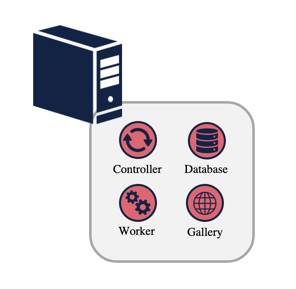 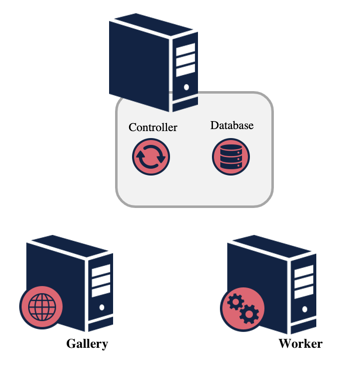 A typical Server deployment makes use of Embedded MongoDB running on the controller node as the backing database for the Server UI and Service layers. For performance or security reasons, database operations can be offloaded from the Controller node, either to MongoDB Atlas or a traditional MongoDB cluster accessible within the customer's environment. For more on User-Managed Mongo with Alteryx Server, see the Community article. For information on how to configure Server to use TLS with a User-Managed Mongo installation, go to MongoDB Advanced Connection Strings.