User roles are set by Curators (Server admins) in the Server Admin interface. User roles determine the user's level of access to Server users and assets.

Users can have one of the following roles:

In addition to user roles, there are several user permissions that you can set to control what users can do in the Server UI. 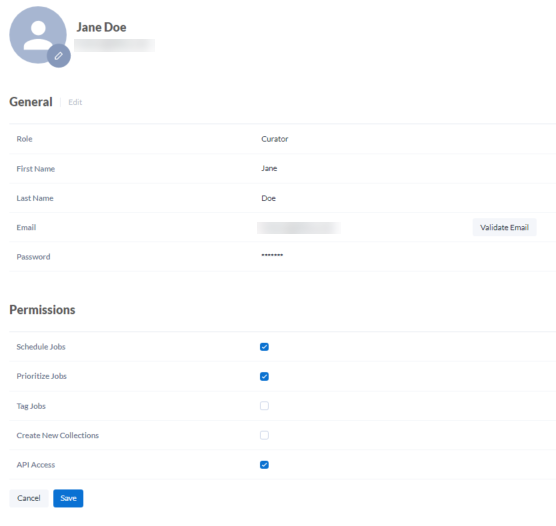 Note, the default role is displayed as Evaluated in some places like the in the group Details.

A user's role, and their resulting Server UI access, can come from 3 places, the user role, the group role, or the default role. Alteryx Server evaluates roles in this order: user role, group role, default role. Users' access resolves to the most specific role assignment. So, if a user's role assignment is any role other than Default, that is their role and corresponding access. If a user's role is Default, then the Server looks to see if they are in a group. If the user is in a group, they assume the group role. If they are not in a group they assume the default role.

To filter the user list by user role, select the filter icon to show the filter dropdown. Select 1 or more roles to filter by. 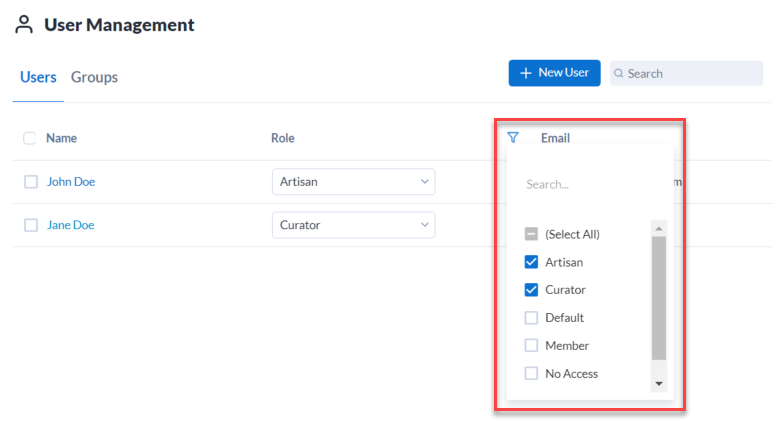